It’s a mindset, never going out of style
From the concrete jungle even down a country Mile
Hey it’s a boy and girl, winning with the
hand That they’ve been given
it’s a day in the life
it’s the music and the rhyme of American Living

If yesterday was memorable, today was extraordinary.

Had a great sleep of more than nine hours after a long day at the track.

It was a whole 12 degrees hotter today than it was yesterday. Unseasonably warm after yesterday being unseasonably cold. If jeans and a jacket were the order of the day yesterday, it was shorts and a wide-brimmed hat today! The best thing – no rain. I can handle the heat to avoid any chance of weather delays like we saw yesterday.

Arrived at the track before 2:00pm and got in the line for the autograph session so we could meet Will Power, the reigning Indianapolis 500 champion who hails from Toowoomba in Queensland. And it was whilst we were in that line that I got a message from an IndyCar PR person who told me that a local television station wanted to interview Nathan and I. Legit!

For some context, I Tweeted last Thursday that I was about to start the 22-hour trip from Sydney to St Louis for the race…and it’s fair to say that it got noticed by a lot of people around the paddock, and definitely opened some doors for us here, which has been amazing. I’m feeling incredibly lucky!

So here we were, with NBC cameras around us, a reporter asking us questions about the long journey over here. I feel like it was super awkward. I mean, anyone who knows me well knows I love to talk, but the moment that microphone was in front of me, I just about clammed up. Here’s hoping the interview never sees the light of day!

Most importantly of all, we got to see Will Power, who was really nice, and quite impressed that we’d come all the way over for the race. We took some photos, during which his Penske teammate Simon Pagenaud pulled off some quality photo bombs, and when I told Will that I would really appreciate it if he could win the Indianapolis 500 again next year because I’d be there, he smiled and said, “Believe me, I’m gonna try!” Fingers crossed!

So that was cool. Then something cooler happened. To cut a long story short, Mark Jaynes, chief IndyCar broadcaster and only the eighth man in 102 years to be the “Voice of the Indianapolis 500” followed me on Twitter early this morning and direct messaged me, offering to take me (and Nathan) up to the broadcast booth for a tour before the Indy Lights race.

Broadcasting has always fascinated me, so I jumped at the chance. We spent probably twenty minutes up there – bonus, it was air-conditioned! – and Mark, in his dulcet tones, gave us a tour and showed us how everything worked. “Organised chaos,” was how he described the way the broadcast happens, where he is the anchor, throwing at various times to announcers in the turns and calling action on the main straight himself. Nick Yeoman (who I met yesterday in the garage area) was up there, along with some other people, including driver analyst and IndyCar driver Kyle Kaiser, who seemed like a really cool guy.

Getting to talk IndyCar racing with some guys who’ve had unique views of some of the sport’s biggest moments in the last coupe decades was amazing. Aside from being nice people, these guys are broadcasting pros at the top of their game, and getting a peek behind the curtain was an incredible experience that I won’t ever forget. 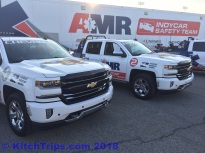 Straight after that, we went down to the garages and soaked up the action and atmosphere there in the hour or so before the race. It’s a feverish hive of activity with crewmen and drivers and PR people and broadcasters running around, and it’s a really cool place to be. The access we had, and the way you can upgrade to have pit/paddock passes for just $25, is sensational, and something basically unheard of in Australia. 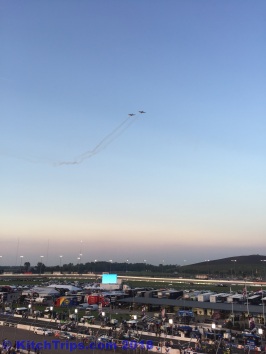 A note on the weather: it was hot. 35 degrees and above. Walking around was a warm exercise, but our seats were thankfully shaded by the broadcast booth behind, and when the sun went down, it became a lot more comfortable. It could’ve been a lot worse! 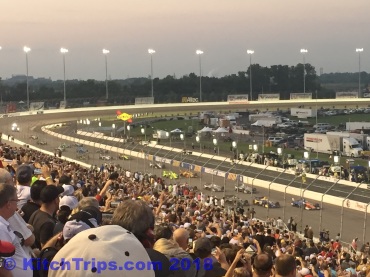 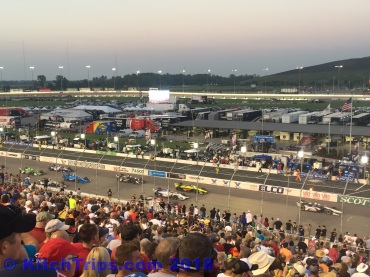 The race itself was fantastic. The IndyCar product right now is second to none, and there was some amazing wheel-to-wheel action. Everything looked faster and sleeker under lights, and the crowd was fantastic. Early on, it was New Zealand’s Scott Dixon dominating, before – perfectly for us – Australia’s Will Power took the lead and ended up winning. It was IndyCar’s own version of the Bledisloe Cup, except that the Aussie actually won! (Let us not mention, yet again, the rugby!) 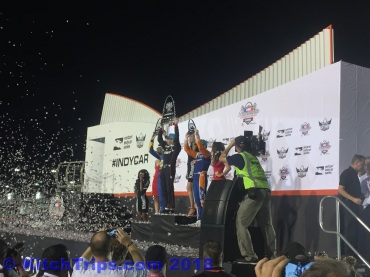 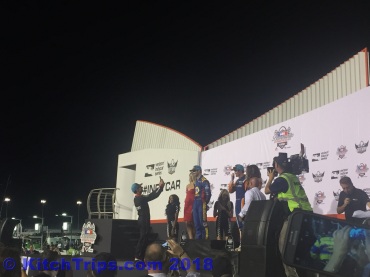 Which made my visit to Victory Lane after the race even better. I’d entered a competition through the IndyCar Nation fan club a few weeks back and found out before leaving Sydney that I’d get to have my photo taken in Victory Lane with the winner. So much better that the winner was from Australia. Talk about luck! 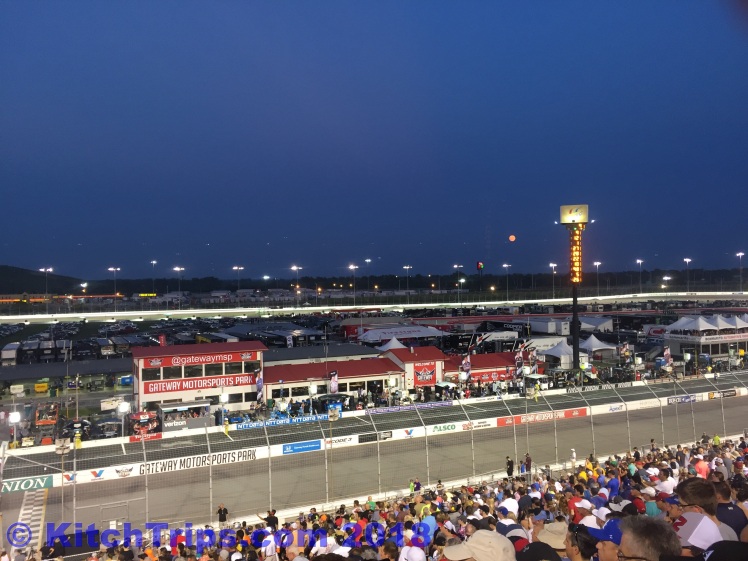 So, man, what a day. This weekend has been extraordinary and I’m pretty sure it’s one I won’t forget anytime soon. We have a couple more days in St Louis before heading up to Chicago.