We had a sleep-in this morning because the worst of the weather – win and rain, an ugly combination – was supposed to roll through Staten Island in the hours between 4:00am and 8:00am. The rain had thankfully disappeared by the time I woke up, but it remained pretty windy, which isn’t unusual out here in the middle of New York Harbour. 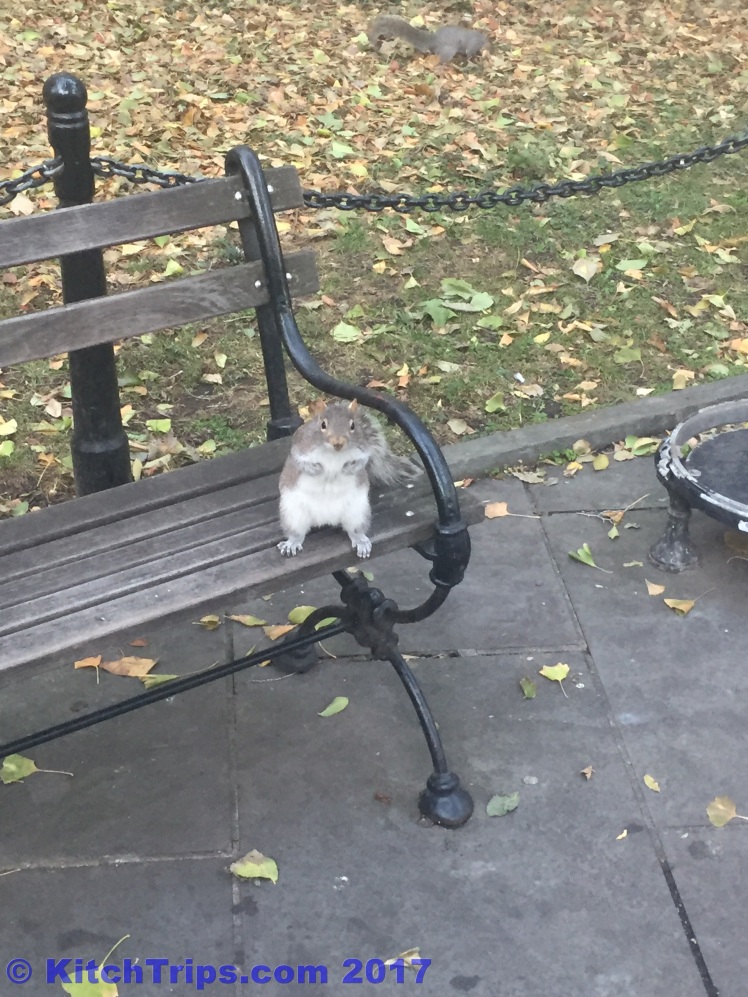 After a relaxing morning (I caught up on my book and my blogs), we left the apartment and were in Manhattan by about 1:00pm. We caught a subway from the ferry terminal up to City Hall and walked across Brooklyn Bridge – another can’t-miss New York City experience I highly recommended – to the district of Brooklyn called DUMBO: down under the Manhattan Bridge overpass. 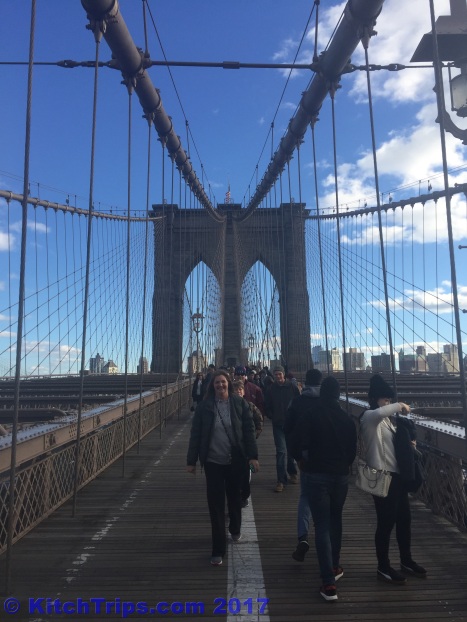 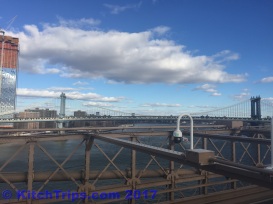 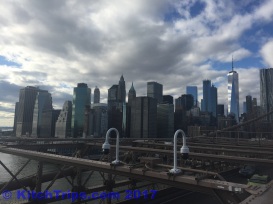 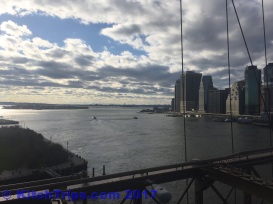 Located at No. 1 Front Street in Brooklyn, right under the Brooklyn Bridge (and just down from where Bobby Simone had his apartment in NYPD Blue all those years ago) is Grimaldi’s Pizza, a New York institution. Their coal-fire pizzas are about as good as pizza gets in the Big Apple. They’re very basic, heavy on meet and light on vegetables, but very tasty. We managed to arrive after the worst of the lunchtime rush, but still had to stand in line for a little while. Not as bad as it can be, with lines stretching a hundred yards or more down through Brooklyn Bridge Park. 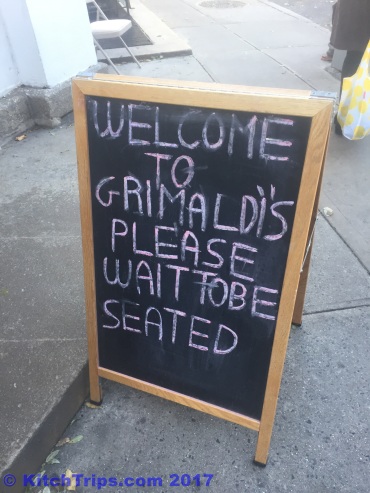 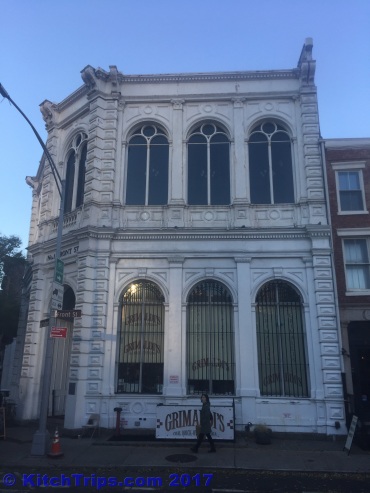 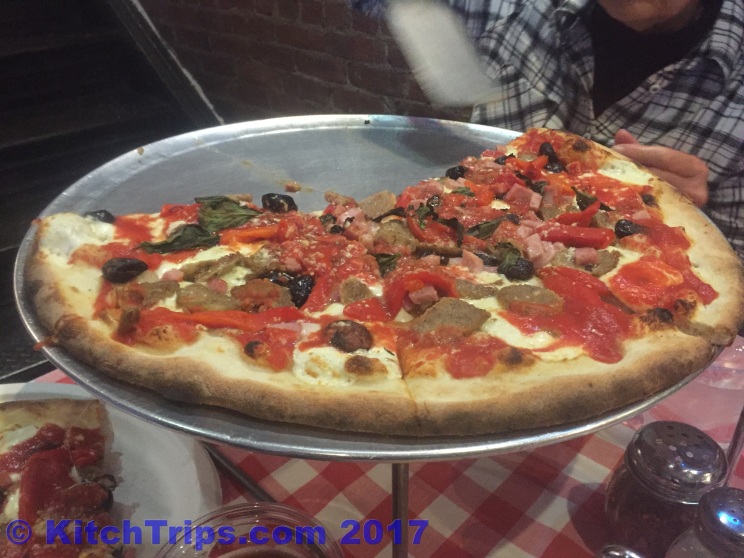 Fair to say that I probably ate my body weight in pizza, so after a walk down to the waterfront – a great spot to take photos of Brooklyn and Manhattan Bridges and the Financial District skyline across the East River – we went back across the bridge, fighting the hordes in the process. Be prepared for crowds no matter when you go, and to witness people making some of the worst photo poses you have ever seen. Despite that, it’s still fun, if only for the views of the city. 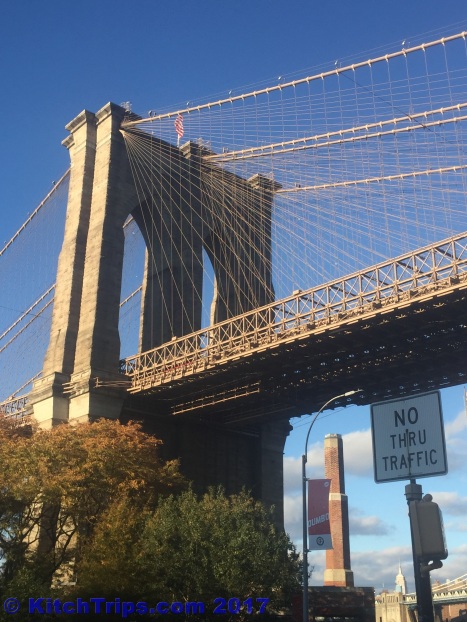 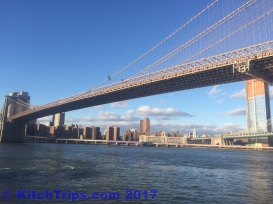 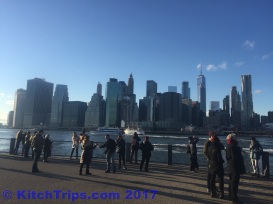 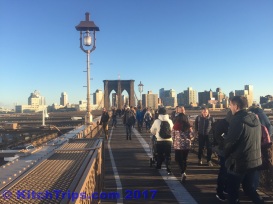 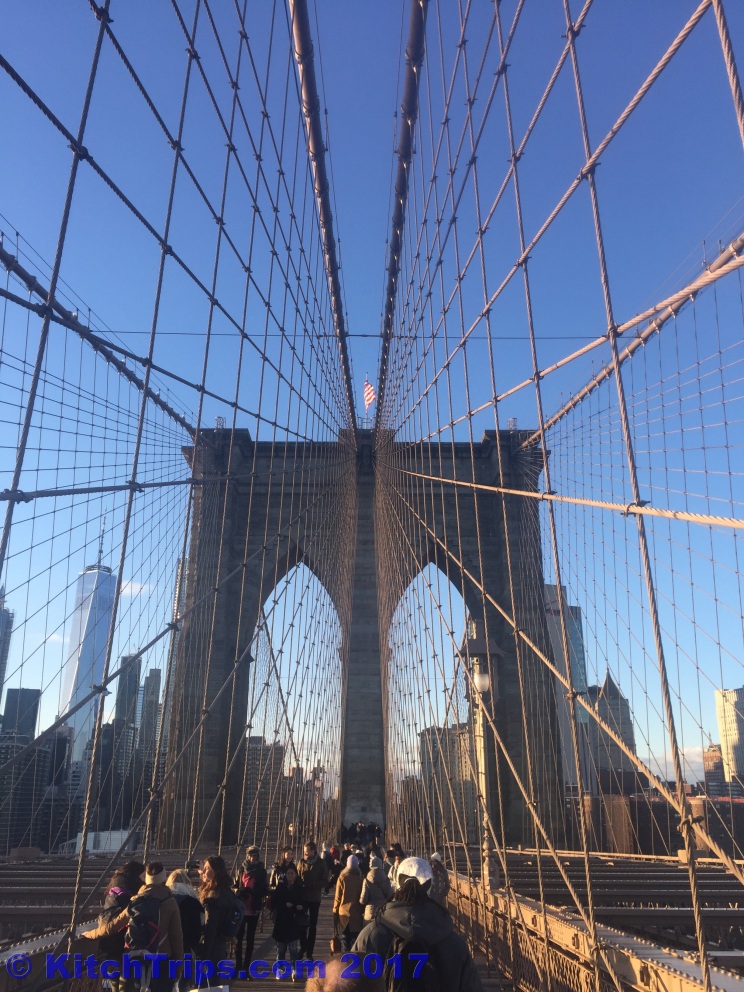 After a coffee/hot chocolate stop at Dunkin’ Donuts, we caught the subway across to a station a few blocks north of Times Square, and did the tourist thing, diving head-first into the Crossroads of the World. It was a madhouse, Sunday night before Thanksgiving, but a cool experience. It’s oft-imitated but never surpassed. If you’re in New York, you must visit. 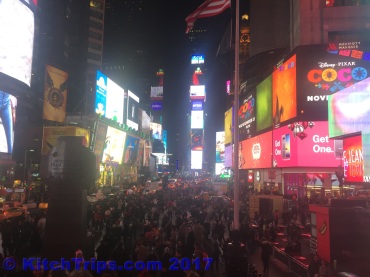 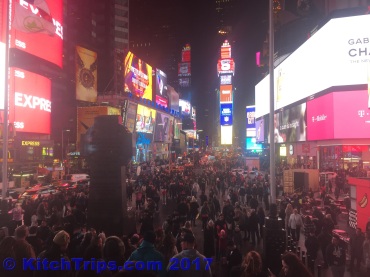 Eight blocks south of Times Square is Madison Square Garden, New York’s iconic indoor sports venue, home to the Knicks (NBA basketball) and a team that’s one of my great loves, the New York Rangers of the National Hockey League. A friend very graciously organised some great seats for the Rangers game against the visiting Ottawa Senators, so off we went, through security and into what is colloquially known as The Garden for some Sunday night hockey. 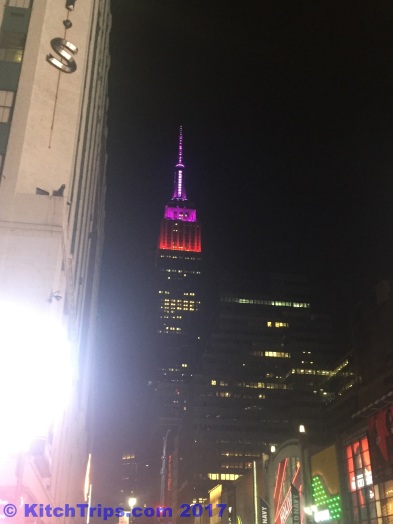 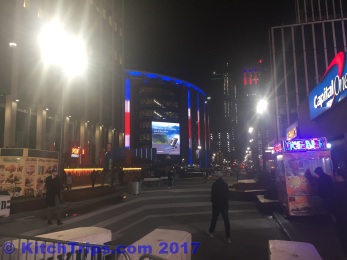 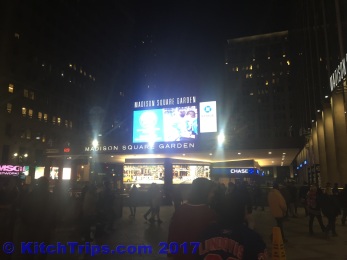 If you’ve never seen hockey, or only ever seen it on TV, trust me when I tell you it’s nowhere near the same as being in an arena. What these guys can do blows my mind every single time: skating, shooting, stick-checking, and all of it whilst avoiding getting mashed up against the boards down in the corners of the rink, or getting levelled by a centre-ice hit. It’s incredible. 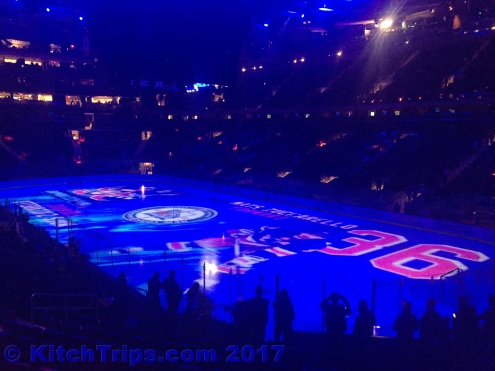 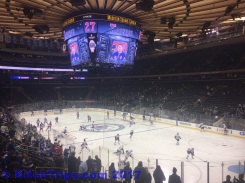 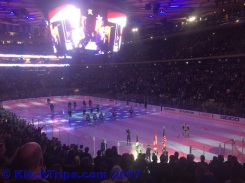 Live hockey is such a visceral experience, especially with the New York City crowd thrown in for good measure. Often criticised for being a bit dull, the Garden was rocking tonight, and the Rangers really came to play, securing a 3-0 win, which ensured I left the game very happy. When you only see one or two games a year, you ride each shot and save like it’s the Olympic gold medal game. Needless to say, there were a few stressful moments, but things worked out fine in the end. 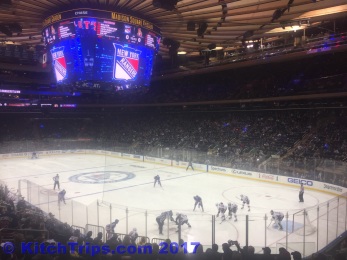 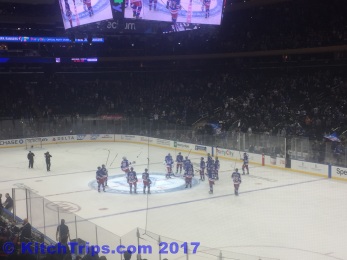 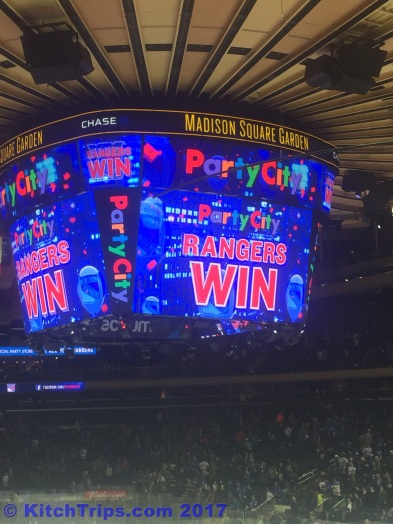 By the time we got home, it was after 11:00pm. Another sleep-in tomorrow, before our last day in New York.