One game… If we played ’em ten times, they might win nine. But not this game… Not tonight. Tonight, we skate with them. Tonight, we stay with them. And we shut them down because we can! Tonight, we are the greatest hockey team in the world.

You were born to be hockey players, every one of you. And you were meant to be here tonight. This is your time. Their time is done. It’s over. I’m sick and tired of hearing about what a great hockey team the Soviets have. Screw ’em. This is your time. Now go out there and take it.

I woke up just at 7am to find that the power had come back on sometime during the night, and we had the apartment warm not long afterward. It was still a few degrees below freezing at breakfast, and just on freezing when we headed downtown under cloudy skies.

Lake Placid is one of those towns where there are at least a dozen good coffee shops, a dozen good restaurants, plenty of candy stores – the local popcorn store has popcorn as good as any I’ve ever tasted – and lots of souvenir shops. We walked up and down Main Street, then stopped for morning coffee/hot chocolate at a place called the Coffee Bean, which afforded us wonderful views of Mirror Lake. Even on a cloudy day, it’s still a spectacular sight.

It wasn’t long after morning tea – or so it felt, anyway! – that we had lunch at the Base Camp Café, where I enjoyed a bowl of macaroni cheese, topped with bacon. Pretty sure it was amongst the unhealthiest meals I’ve eaten in the last twenty-five days, but it was definitely also one of the tastiest. 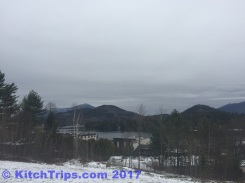 After lunch, we walked around to the Olympic Museum. For the most part, it’s an homage to the Miracle on Ice. For the uninitiated:

Coming into the 1980 Winter Olympic Games in Lake Placid, USSR hockey is a juggernaut. They’ve won gold in 1964, 1968, 1972, 1976 and are red-hot favourites to win it again in 1980. Although technically amateurs, they are basically a professional team with “government jobs” that allow them to spend most of their days practicing. These guys have played together all their lives. They have the best goalie, Vladislav Tretiak, the best coach, Viktor Tikhonov, and scoring threats everywhere.

Then there are the Americans: a Minnesota native called Herb Brooks makes an impassioned plea to be given the head coaching job in the summer of 1979. He puts together an unorthodox team mostly made up of players from the University of Minnesota (where he has coached for years) and University of Boston. These two schools have a lot of bad blood. Players don’t like each other due to the Boston-Minnesota college rivalry. It seems like a team destined to implode. But Brooks unites the team in their hatred of him. He’s a hard-ass in the very best sense of the word, and at the same time, unveils a game-plan that he thinks can allow the US to stay with the Russians and even win. 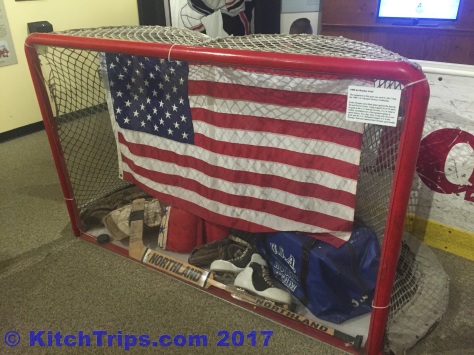 Less than two weeks before Olympic competition, the Americans play the USSR in a friendly at Madison Square Garden in New York City. They lose 10-3, and look a red-hot mess. US hockey officials want to make sweeping changes. Brooks stands firm. He will not bench goalie Jim Craig, and he will not deviate from his plan.

Fast forward two weeks, and the two teams meet again. Behind a goaltending performance for the ages from Jim Craig (he made 36 saves, in a game where the Russians outshot the Americans nearly three to one) and timely goals from team captain Mike Eruzione, who was nearly cut from the team during final selections, the Americans defeated the Soviets 4-3 and the moment was immortalised by announcer Al Michaels’ famous words as the clock wound down: “Do you believe in miracles? YES!”

Coming at a time when the Cold War still raged, the game was particularly important for both competing nations. Many cite the Miracle game as the beginning of the golden age of American hockey, which continues to this day. It really put the sport on the map in a country obsessed with football and baseball. Two days after defeating the Russians, the Americans went on to defeat Finland to win the gold medal. As in the game against the Russians, they had to come from behind to do so. Most of that team never played professional hockey.

Lake Placid remains a destination because of the Miracle game. But there were other memorable moments in 1980, like American Eric Heiden winning gold medals in all five long-track speed skating events he entered on a frozen athletics track, outdoors, in front of Lake Placid High School. The same one you can skate on during winter and fall. It seems impossible to think, in this day and age of ultra-professionalism when it comes to Olympic competition, that events took place on a running track, but these were the days of true amateurism in the Olympics. 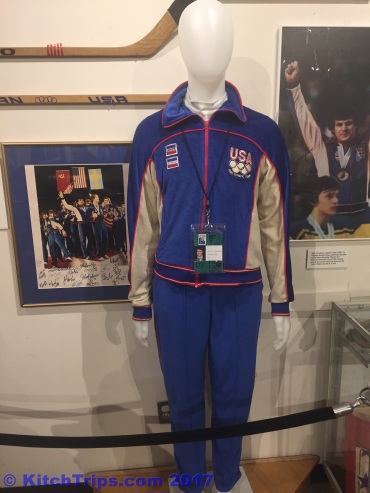 We toured the museum, watched the final stages of the Miracle on Ice broadcast, and then went next door to look at the rink, named for Herb Brooks, who died in 2002. It was weird watching the game on TV in one room, then walking through a couple of doors, and suddenly you’re standing on the glass, behind one of the goals Jim Craig defended so resolutely.

An early return to the apartment this afternoon. Caught up on some TV, my book, and some blogging. Mum cooked an incredible roast chicken for dinner, and I ate my fair share of caramel popcorn from the Adirondack Popcorn Store with coffee. 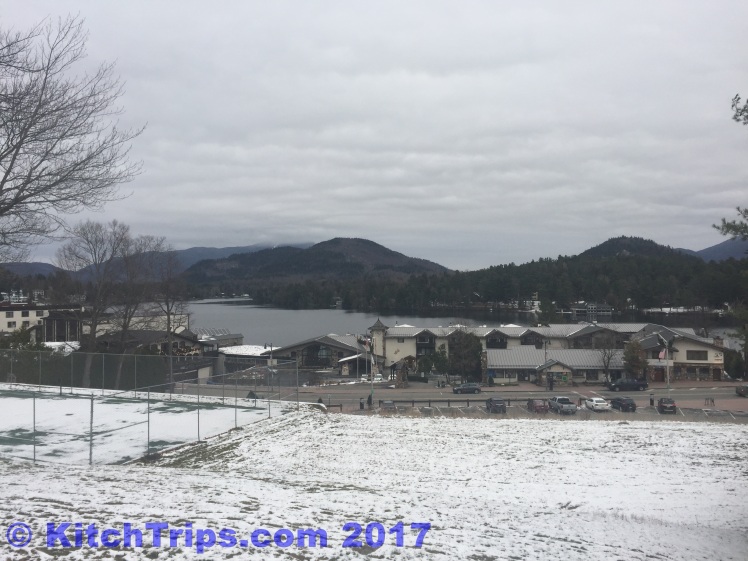 The weather is supposed to be better tomorrow, and we’re going to do some hiking. Can’t wait!