A much better sleep last night! That was a relief. Banked a solid eight hours and felt much better as a result. Even so, the 5:45am wake-up call was rough!

The downtown hotel where I’m staying – the excellent Omni Severin – is full of IndyCar fans from across America and all over the world, and the anticipation of tomorrow’s race day is really starting to take hold. Went down to breakfast this morning, and it was easier to spot the few folks who weren’t wearing some sort of attire indicating their favourite driver or team. I’m well at home, then, in my Graham Rahal gear.

Same goes for people on the street. The way the city of Indianapolis embraces this race is nothing short of amazing. You can’t walk half a block without some sort of race-related billboard grabbing your attention. Every hotel room is full, every restaurant and diner full to overflowing, and so many shops selling 500-related merchandise – be it officially-licenced or otherwise! – is doing a roaring trade. Walking around downtown, it’s hard not to be completely swept away in the events of today and tomorrow. The vibe is fantastic!

Legends Day is one for the fans – for all of us to celebrate and commemorate the great drivers who have raced and won at Indianapolis, names as familiar to race fans as those of their own families: Foyt, Unser, Andretti, Mears, Rutherford…and the list goes on. We had garage access and you knew it was going to be one of those days when we saw Marco Andretti just casually drive by on a buggy. Though mostly quiet, walking through the garage was a great experience. It’s where everything begins for all thirty-three cars. That time tomorrow, and it’ll be fever-pitch in there.

Starting early at the Speedway is an autograph session featuring all thirty-three drivers who’ll take the green flag at 12:20pm tomorrow. IndyCar is a niche sport in America most days – every day, if I’m honest, other than Indianapolis 500 race day – so the drivers double as ambassadors for the sport. It shows in how gracious they are with their time at events like this one.

Of course, I made a beeline for Graham Rahal pretty much as soon as we got out of the bus, and can happily confirm that he is as friendly as those who’ve met him have suggested. Rahal, whose father, Bobby, won the race thirty years ago this year, is the future of IndyCar racing, and the way he interacts with the fans makes me very glad to be a fan. The sport is in good hands with ambassadors like Rahal and also Aussie Matt Brabham and the lone female entrant this year, England’s Pippa Man, who we were lucky to meet as well.

After the autograph session – which was madness personified – we headed out to the front straight, where dozens of vintage cars from various eras of the Indianapolis 500 were running laps alongside the Corvette that will pace this year’s 100th running. The history of the cars and their original drivers were narrated by Donald Davidson, the track’s guru historian. He’s probably forgotten more about the Indianapolis 500 than most of us are ever going to remember, and seeing the older cars on track really makes you sit back and realise how long this race has been going, and how far technology has come. It was a really interesting few minutes.

Straight after: the Driver’s Meeting, which was fascinating. I’ve always wanted to be a fly on the wall at one of these events. What does Race Control say to the drivers? I’ve always wondered if they cautioned guys against doing anything crazy in the first lap – you know, you can’t win the Indianapolis 500 in the first turn of the first lap, but you can certainly lose it. They want a clean, well-executed start with eleven rows of three down the front straight in formation, and from what chief steward Brian Barnhardt said, it looks like Race Control won’t be afraid to wave off the start if it doesn’t look good. As well they should! I mean, it’s the 100th anniversary! The least we deserve is a good looking start.

We caught a bus back downtown after the Driver’s Meeting and watched the 500 Festival Parade. Now, if there’s one thing that Americans do exceptionally well, it’s a parade through the streets, and this one had everything: floats, giant balloons, marching bands, celebrities, vintage IndyCars, pace cars and, of course, each of the thirty-three drivers competing in tomorrow’s Indianapolis 500.

There had to have been two or three hundred thousand people downtown on a beautiful Indianapolis afternoon, crammed in along the parade route, watching and cheering. This weekend is more than a race. It’s a coming together of a community, in which racing is king. The knowledgeable reception for all the drivers as they came past told me more about how much IndyCar racing is revered and followed here in Indianapolis. It’s a rabid obsession, in the best possible way. If you come to Indy, make sure and see the parade. It’s a great part of the build-up to race day. 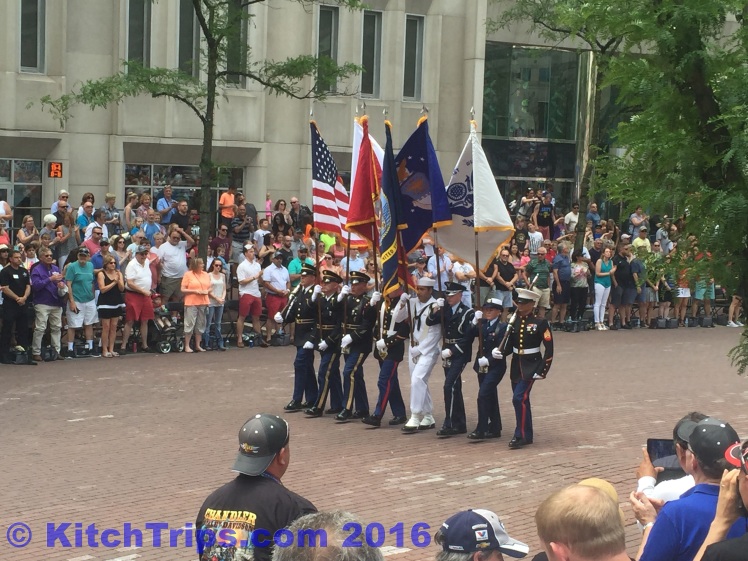 In the afternoon, after a quick lunch, it was back to the Speedway, to the concert stage off of turn three. There, we saw country music superstar (and tabloid favourite) Blake Shelton play a hit-packed set that stretched for more than ninety-minutes. And, of course, the joint was packed with race fans on a muggy but – importantly – dry afternoon.

Heading back into downtown Indianapolis, the realisation hit me that tomorrow is race-day at the 100th Indianapolis 500. All the practice, qualifying, media appearances, race analysis and speculation is over. Tomorrow, just after midday, in front of a completely sold-out racetrack, thirty-three drivers will vie for racing immortality, and we’ll witness a slice of sporting history as they battle for the right to be known forever more as an Indianapolis 500 champion. Whoever wins tomorrow will go down in history. 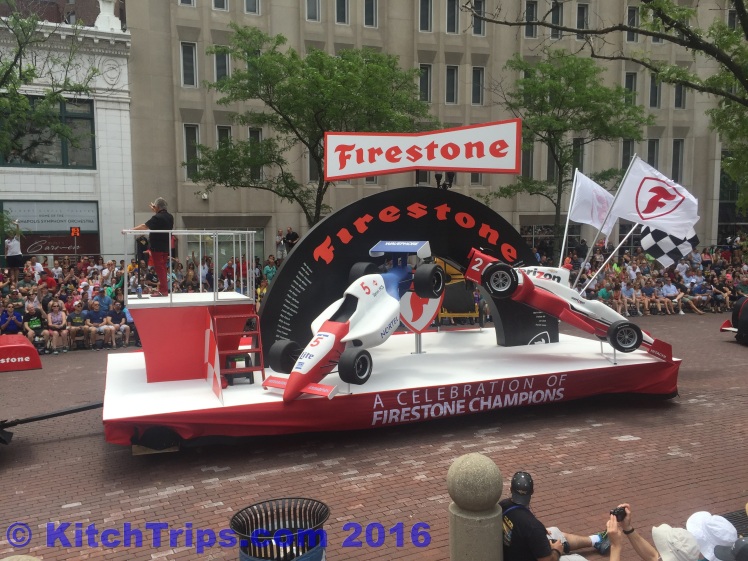 I can’t wait to be there to see it all unfold.