I’ve been a college football fan for ten seasons now, and if you’d asked me as recently as five years ago if I thought there would be a college game in Australia, let alone one as well attended as Saturday’s inaugural Sydney Cup was, then I’d have laughed and called you crazy.

Yet here we were, nearly 62,000 of us on a wonderfully sun-drenched winter Saturday afternoon in Sydney, at ANZ Stadium for a game between the Cal Golden Bears and the Hawaii Rainbow Warriors, the first meaningful American football action on Australian soil since the pre-season NFL contest between San Diego and Denver in 1999.

It wasn’t the greatest game ever – neither team played much defense, and Cal triumphed 51-31 – but, overall, it was a fantastic day for the growth of American sport in Australia, and I’ve got my fingers crossed that the event will become an annual one and grow to include top-level programs. USC anyone?

Before the game, we went to the Hawaii/Cal tailgate breakfast at one of the Sydney Showgrounds exhibition calls, and got to meet a bunch of great, football-crazy Americans.

The Hawaii band and cheerleaders made an appearance. 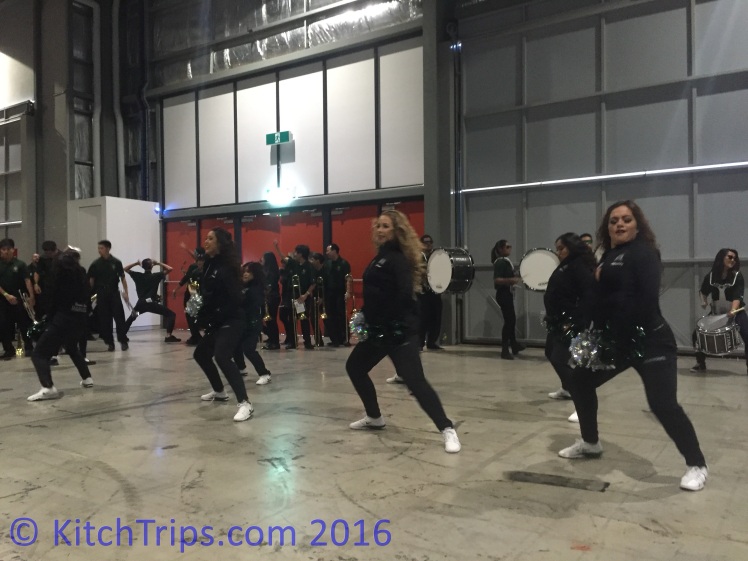 The two athletic directors spoke briefly about Australia, the game and the state of their respective programs.

Then, to the game.

And kick-off — a brave attempt at an onside kick from Hawaii. Props for the gutsy call, Coach Rolovich, just a shame it didn’t come off. Cal ball around midfield.