If you were wondering what fourteen hours of flying, a few beers and more than twenty-four hours without serious sleep does…well, I can tell you: when you conk out, you conk out hard. I was asleep before eleven and woke up only once before 10:00am, when I went to get myself some coffee from the restaurant here at the Days Inn. Really, really good sleep, despite the room being incredibly stuffy. I reckon another really good one tonight and I’ll be firing on all cylinders. Then, watch out America!

Wet and a little cooler in San Diego today – so much for that California sunshine – so after our “lie in”, as the Americans call it, we went up to Kev and Ashley’s place again for a late brunch/early lunch, missing Rose who drove home to Phoenix this morning. The Donahue’s know their good food and beer joints. So, of course we did a bit of a pub crawl through the afternoon, ending at their local, where the finale of Game of Thrones was being played.

Listen, I haven’t watched more than a few episodes of GoT in my life, so watching the various reactions from people who were glued to the big screen – shock, horror, shouting, dismay – was fairly entertaining in of itself. Kevin, Nathan and I watched a combination of Cubs baseball and the NBA Eastern Conference finals whilst Kat, Ashley and some other people watched what social media hasn’t exactly hailed as the greatest finale of all time. The food, like the company, was good, even if the weather wasn’t: it rained most of the day and is forecast to continue through the night and into the early morning before clearing. 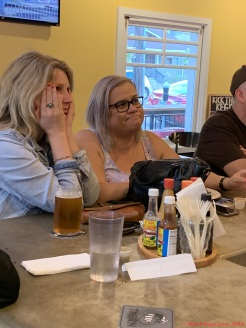 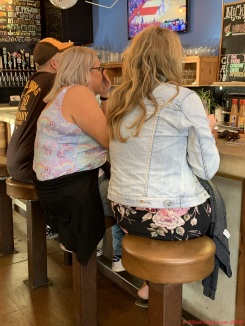 Of course, I had one eye on Indianapolis 500 qualifications today, and can report that two Australians – Will Power starting sixth and James Davison starting fifteenth – have made the race and will hopefully figure prominently next Sunday. Fingers crossed Will can go back to back.

The real drama was two-time Formula One world champion Fernando Alonso and his McLaren team failing to make the race. There were 36 entries for the traditional 33 starting spots, and Alonso was the 34th fastest, missing the cut by 0.0129 seconds. That’s basically nothing, and a brutal way to miss. For every horror story, there’s a good one: Californian Kyle Kaiser and the Juncos Racing team lost their sponsors last week, crashed this week, rebuilt the car over 36 straight hours, then Kaiser ran the four-lap qualifying run of his life, narrowly besting Alonso’s time to sneak into the field, tail end Charlie. Fantastic stuff. 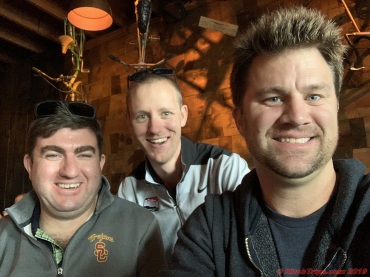 Okay, enough racing – one day left here in San Diego before we head to Indianapolis. We’re off to Sea World in the day and San Diego Padres baseball in the evening. It’ll be fun tomorrow, but I’ll miss Kev and Ashley a tonne. Thanks for a tremendous weekend, guys!