Some folks like to get away
Take a holiday from the neighborhood
Hop a flight to Miami Beach
Or to Hollywood
But I’m taking a Greyhound
On the Hudson River Line
I’m in a New York state of mind.

There have been good days on this trip. And then there’ve been great days. Today was from the top drawer. 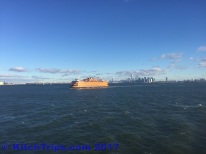 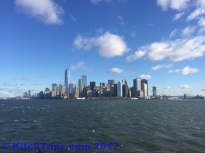 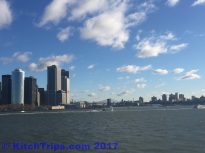 Nothing better than waking up in New York City to blue skies and sunshine. After breakfast, we walked the short distance – 0.8miles and mostly downhill for about fifteen minutes – to the St George Ferry Terminal, the Staten Island end of the still-free Staten Island Ferry service. I’m amazed that someone in a position of power hasn’t decided to start charging to ride the bright orange ferry into Manhattan. It passes within a baseball’s throw of the Statue of Liberty and Ellis Island, before alighting near Battery Park. 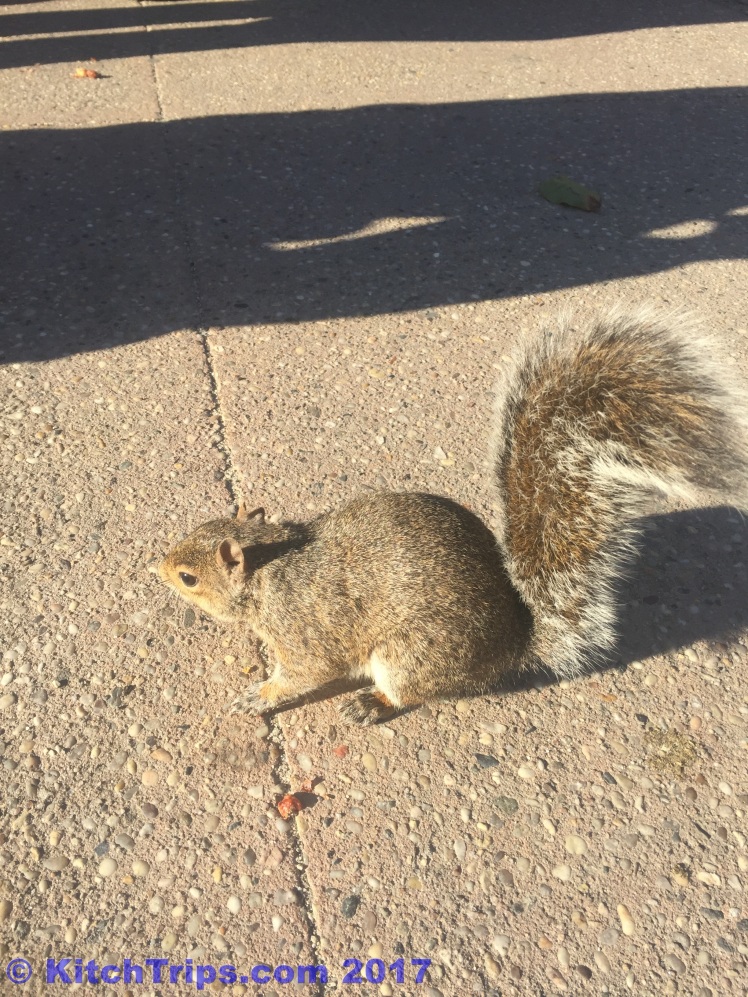 If you’re ever in New York City and you want epic views of Manhattan and it’s surrounds, get on the Staten Island Ferry. Obviously, the price is right, and on a good-weather day, you’re pretty much guaranteed to take some awesome photos. Don’t believe me? Just look at the shots accompanying these words. 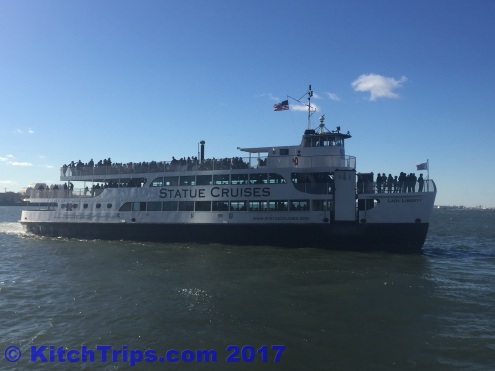 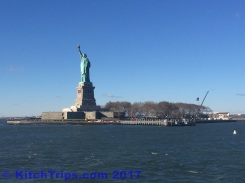 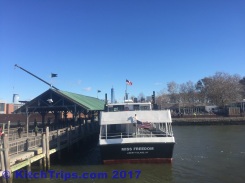 It’s pretty clichéd, I know, but our first port of call in New York City was none other than the Statue of Liberty. We booked tickets months ago, and for dad, Nathan and myself, managed to secure tickets to go to the crown of the statue, which was recently reopened to the public. It’s 377 cramped steps from the base of Lady Liberty’s pedestal to the crown. If you don’t like heights, steps and claustrophobia, don’t go. Also, if you’re tall, it’s going to be a struggle going up. 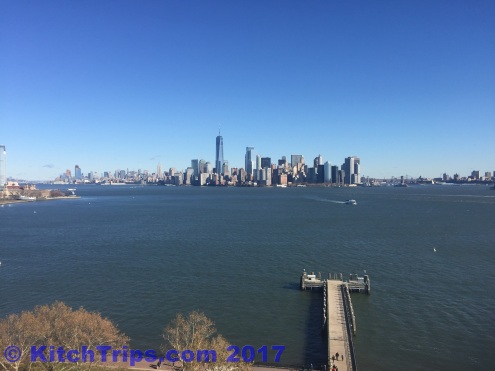 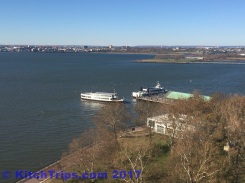 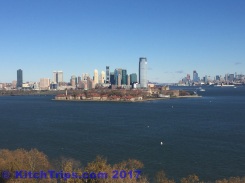 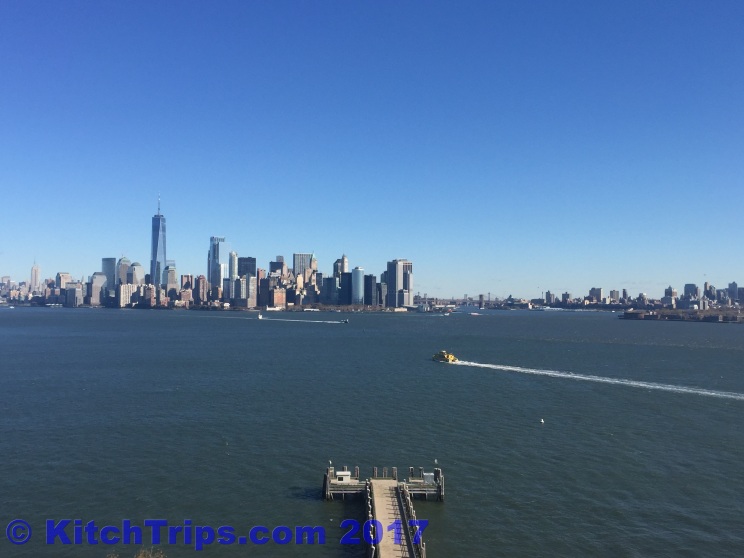 To go onto the island, you go through airport-style security before boarding the ferry at Battery Park. Following that, if you have tickets to either the pedestal or the crown, you go through the same process, then lock away everything that isn’t a camera or a water bottle, and you’re ready to go. 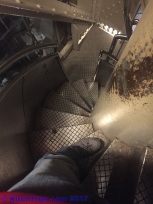 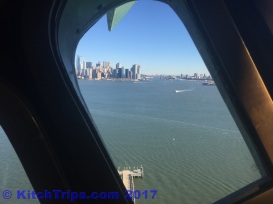 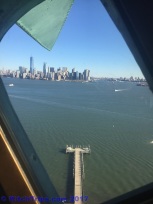 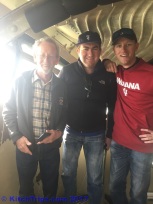 From the base of the statue, on Liberty Island, the views of New York City are amazing. From the pedestal, they’re even more expansive. From the crown? Well, the views are a little obscured because you’re looking through viewport windows that form the crown, but it’s a cool achievement to get up there. You need to book tickets for the crown months in advance, but if you can manage to make that happen, I definitely recommend the experience. 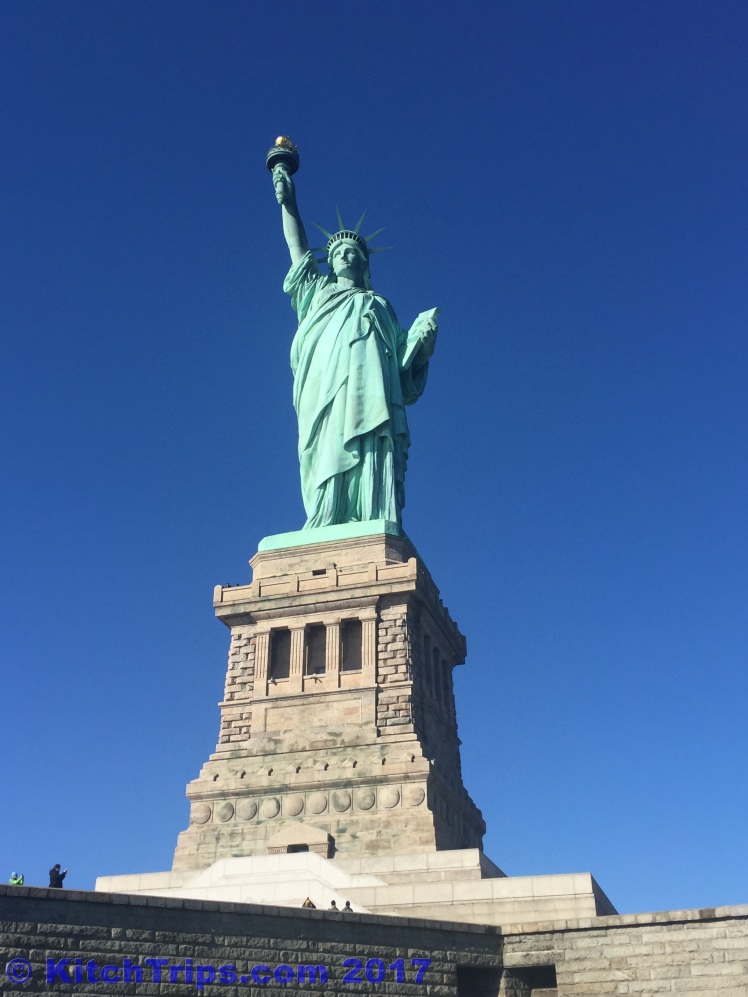 Upon returning to Battery Park, we ate lunch at a small Korean deli near Bowling Green, and had something rather healthy – a nice change from what we’ve been eating for lunch more often than not. 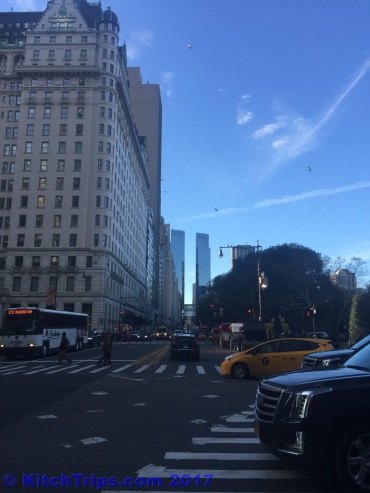 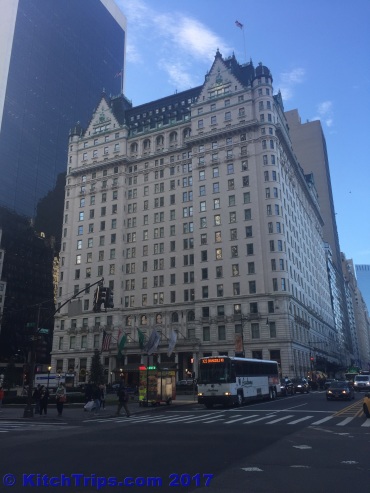 Then, uptown to Grand Central Station by subway, and a few more blocks north up Lexington Avenue to another Big Apple icon: Central Park. It’s funny, when you consider the denseness of Manhattan that there’s a giant expanse of beautiful parkland right in the middle, but there is, and Central Park is a wonderful escape from the craziness that surrounds it. 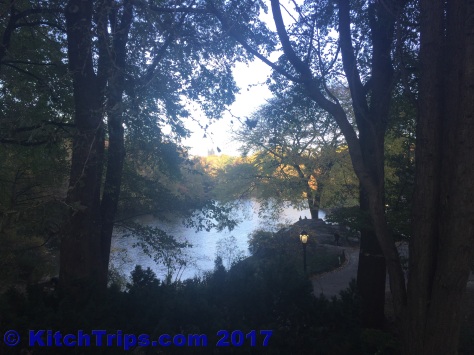 We entered near the Park Plaza Hotel and the garish statue of William Tecumseh Sherman and walked up towards the Wollman Rink – already open for ice skating business ahead of the holidays – and over to Central Park Zoo, where we indulged in (yet another) hot chocolate. I swear, I’ve drank more beer and hot chocolate this trip than I have combined for about the last couple years. I know it sounds silly to say, but the weather’s been perfect for both. 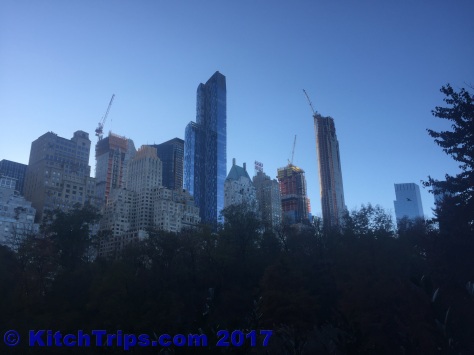 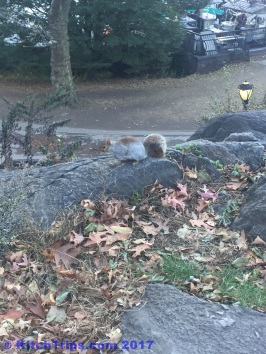 Our exploration of Central Park took us to nearly 3:30pm and we headed back to Staten Island at the start of the rush hour. You don’t want to get caught riding the subway or ferry during the rush hour if you can possibly avoid it. 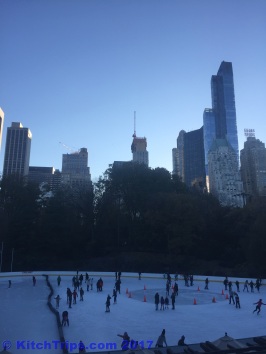 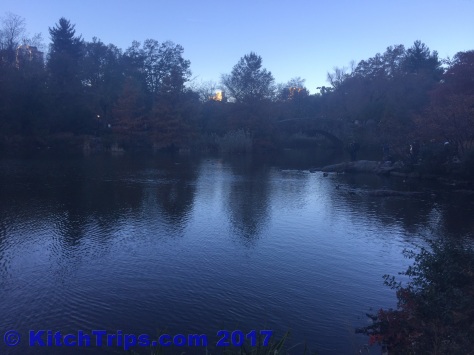 It was a smooth trip back across the harbour as the sun set spectacularly over Manhattan, and we were in our apartment by about 5:30pm, all of us glad to put our feet up after a lot of walking. Back at it tomorrow. 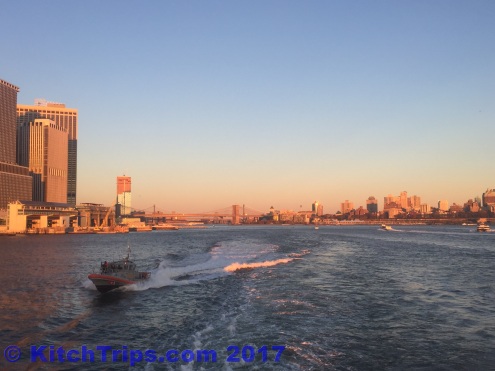 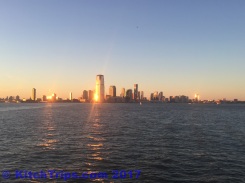 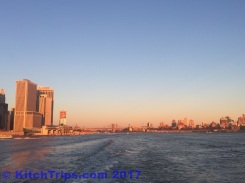 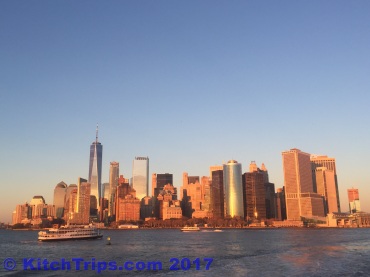 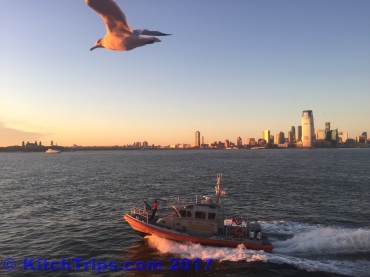