Fantastic day! What’s one thing better than a theme park with fifteen of the most awesome, gut-twisting, head-pounding roller-coasters? Getting the full VIP treatment, and barely having to stand in line all day!

We absolutely dominated Six Flags Great America up in Gurnee, Illinois today, riding ourselves to a standstill. The platinum Flash Pass is a wonderful, wonderful invention that cuts down wait times by up to 90%. I think the longest we stood in line for a ride all day was maybe 15 minutes.

Irony: the longest queue of the day was at the Flash Pass office. So, we lined up to avoid lining up for the rest of the day.

The weather was sensational, around 30 Celsius and mostly sunny. The water rides were very popular as well. We got saturated on the roaring rapids – they brought back memories of the Snowy River Rampage at Wonderland – and mildly wet on the Yankee Clipper (a log ride, in a boat) and the log ride. The good thing with the weather was that we dried out quickly, and the water rides were great because everyone, Graham included, could go on. He seemed to enjoy those experiences a little more than Paige, I think. 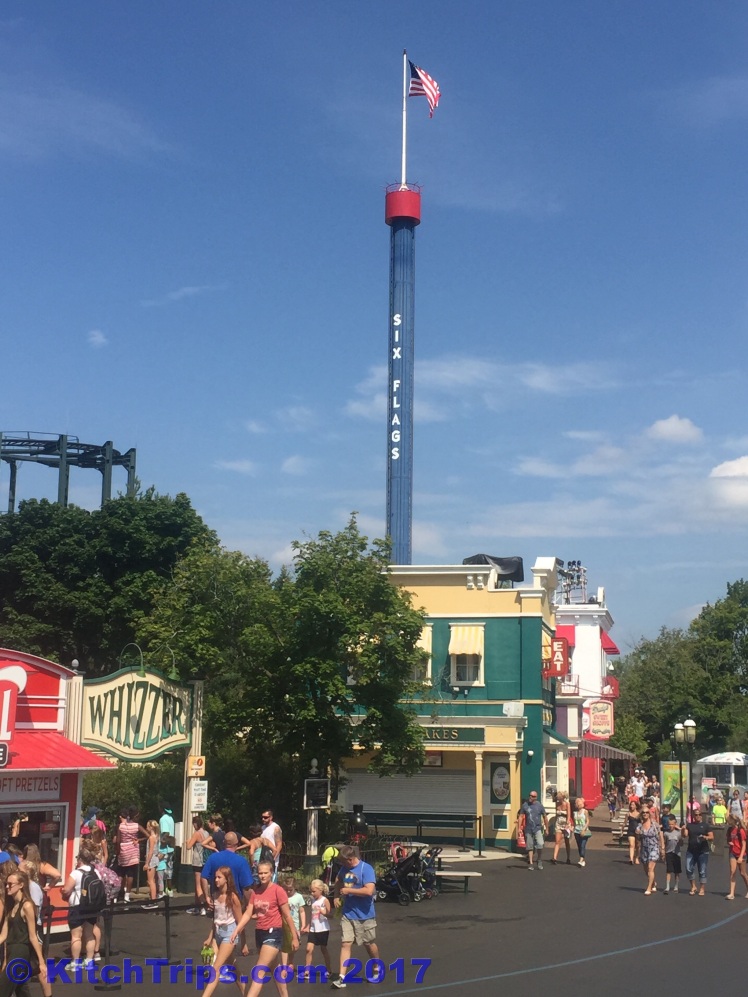 Unlike last year, we didn’t have to leave early for Brooke’s softball game, although I’m not sure that was exactly a good thing, because we ended up riding coasters all day and that, my friends, is a LOT of stomach trauma – I’ll ride as much as the kids want to ride, which is obviously a lot. And it was so much fun! Matt has the ability to plan our ride schedule like it’s a military operation, so we got to everything in a nice order, rather than crisscrossing the park all day.

The newly-installed Joker free-fall coaster was the worst, where you’re in pods that spin forwards and backwards as you go around a track, and although it’s over in less than a minute, it’s tough. Let me just say, I know how socks feel going through the washing machine now. Of course, that was Brooke’s instant favourite, so she of course had Matt and I back on it a second time five minutes after the first. Huge props to the guy who came on the second time – you ride in groups of four terrified riders her pod – and was so blasé about the whole thing. He seemed like he was riding nothing more difficult than the carousel. Don’t know how he did it, but I was impressed. 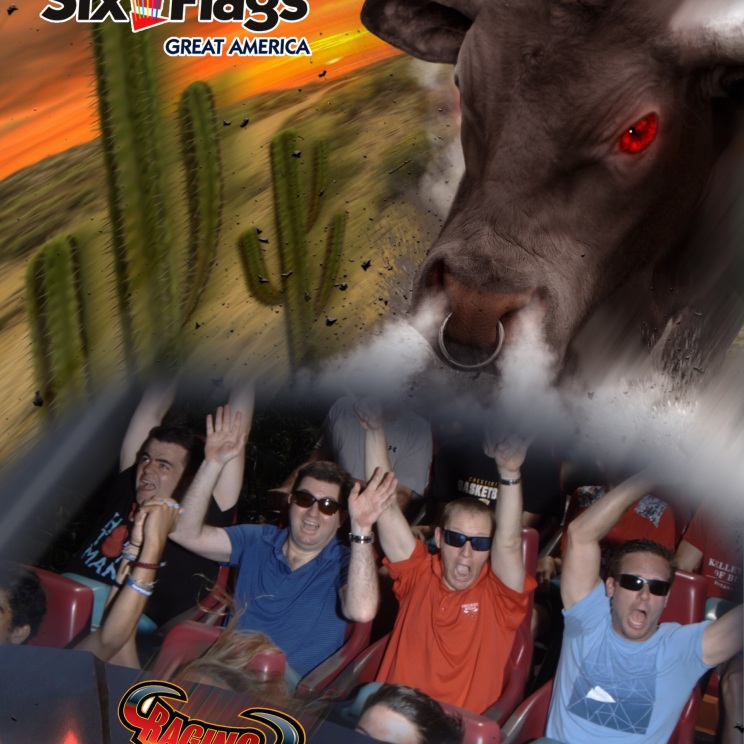 It was well after six o’clock by the time we were done and because Matt had closed a deal during the day – at a theme park, amazing! – he requested Italian, so off we went to the nearby Olive Garden restaurant in Gurnee for only my second ever OG experience. Their breadsticks are absolutely amazing, as was the spaghetti and meatballs. All of that plus a nice cold beer, and it was a great end to a really fun day.