It’s whispered from a tractor on a flat Midwestern plain
The fields are dry and dusty, there is no sign of rain
It floats out a kitchen window, somewhere in the south
If the river gets much higher, they’ll float away no doubt
You can almost feel it in the air, an American prayer

Sunshine and blue skies when I woke up this morning. Perfect!

We headed to Panera Bread for breakfast, then drove over to Wheaton and traipsed around looking for a parking spot near the train station. We found one closer than I expected, and wandered down to buy our tickets. Not five minutes later, the train arrived and we hopped on, headed for downtown.

Chicago’s Metra trains are very nice, double deckers with wide and comfortable seats and very clean. You still buy paper tickets – no Opal Card here! – and a ticket collector still comes through to check that you’re not a fare evader. We made a few stops early on in the hour-long trip, then skipped a bunch before arriving at Ogilvie Transportation Centre, which I suppose is comparable to Central Station in Sydney. 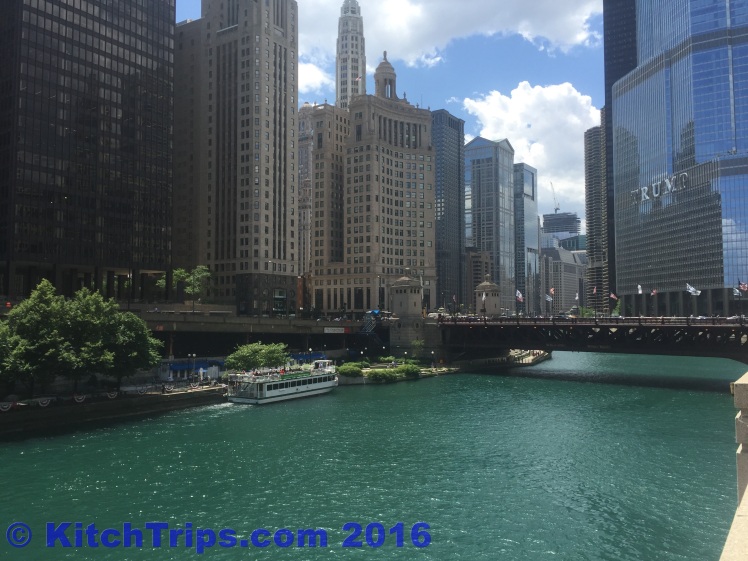 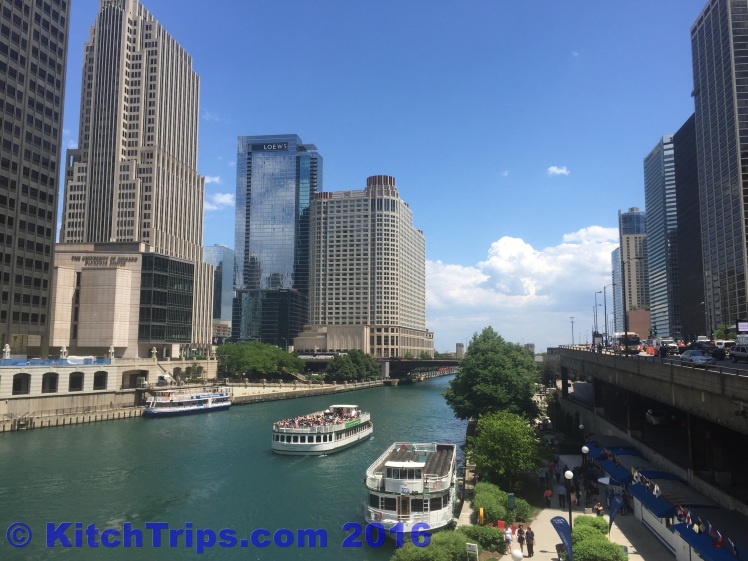 From Ogilvie, we took a cab to Millennium Park, one of the biggest tourist hotspots in Chicago and famous for what is colloquially known as The Bean. There, we hired bikes and set off down to the lakefront. Lake Michigan (which, let’s be honest, looks more like an ocean than a lake) was at it’s summertime best today, and we weren’t the only people out on bikes. The city planners did a wonderful job – unlike in Sydney – of including miles and miles of pathways along the Chicago River, Lake Michigan and elsewhere through the myriad parks in the downtown area.

Best of all? You barely have to use a road or a sidewalk, which is much appreciated. Being on bikes allows us to go further than on foot, and you can explore wherever you want unlike, say, being on a tour bus. We rode over to Grant Park and the spectacular Clarence Buckingham Memorial Fountain before heading back towards Millennium Park to meet Will for lunch.

We went to Shake Shack, which is a particularly famous and venerable eatery in New York City that I’ve always enjoyed, and it’s great that they’re branching out to Chicago. I had a chicken burger for the first time from Shake Shack and their legendary crinkle-cut fries, which are to die for. Great meal and great company. Always love hanging out with Will. He’s a really nice guy. Glad I know him.

After we left Will (who had to go back to work – a shame on such a beautiful day) Nathan and I rode over to Navy Pier, which is celebrating it’s hundredth anniversary this year. Gone is the old ferris wheel that’s been there as long as I’ve been coming to Chicago, and in it’s place is what they’re calling the Centenary Wheel. It’s an entirely new ride, with air-conditioned pods, totally enclosed – I guess so that people will still want to go on it in winter, when the wind and cold that high up is brutal – with really nice seats and the views from the top looking down on the Chicago skyline are amazing. 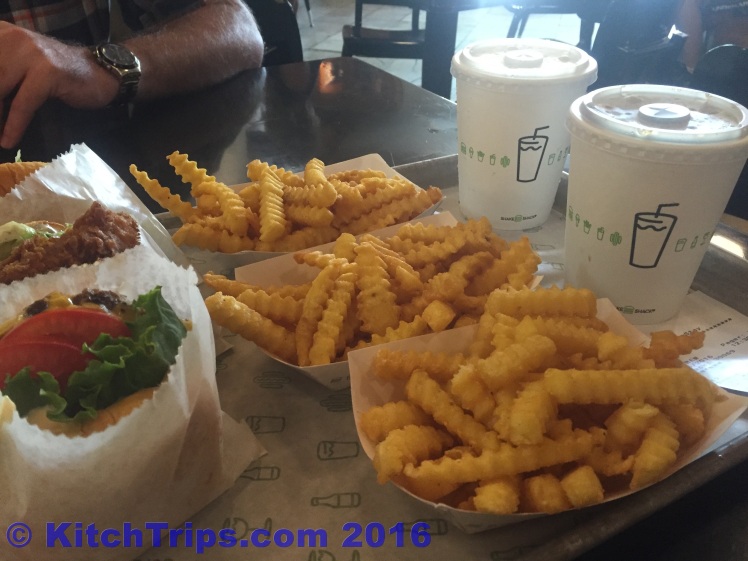 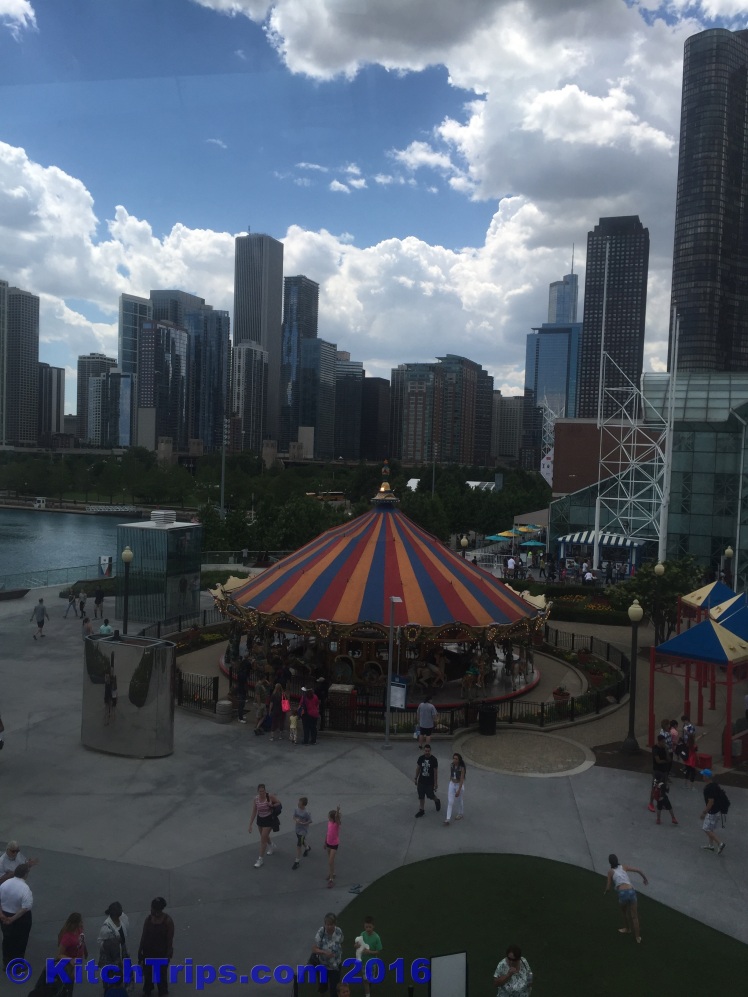 Look, if you’re scared of heights, run for the hills. Do not get on the wheel, especially not on even a moderately windy day, because those pods get a little hairy. On the other hand, if you’re okay with heights, pay your money, buy your ticket and jump on. It’s totally worth the moderate wait in line, as you’ll realise at the top, when the views (at least on a good day) are endless.

There are other great views on offer in Chicago – and one of the best I’ve seen is at the North Avenue Beach, which we rode up to after Navy Pier. Combining the lakefront beaches and the skyline in the background is just about unbeatable. We went to a restaurant called Castaways where the upstairs deck had a brilliant view and enjoyed a cold drink. 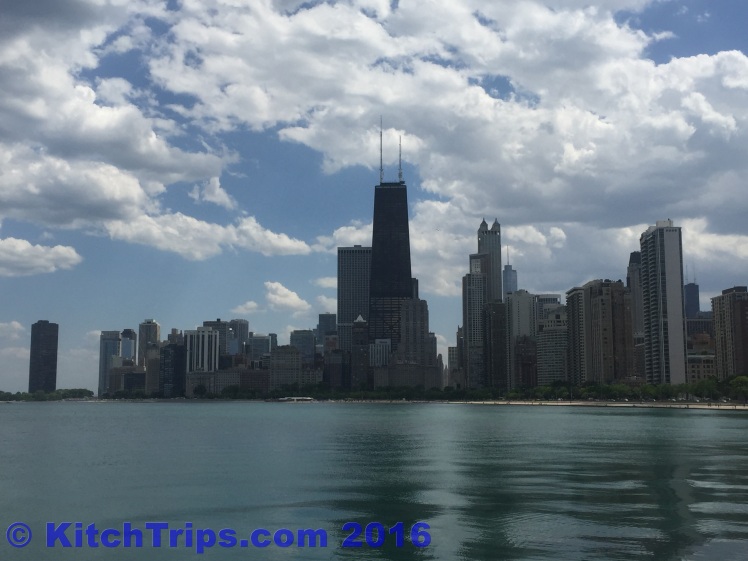 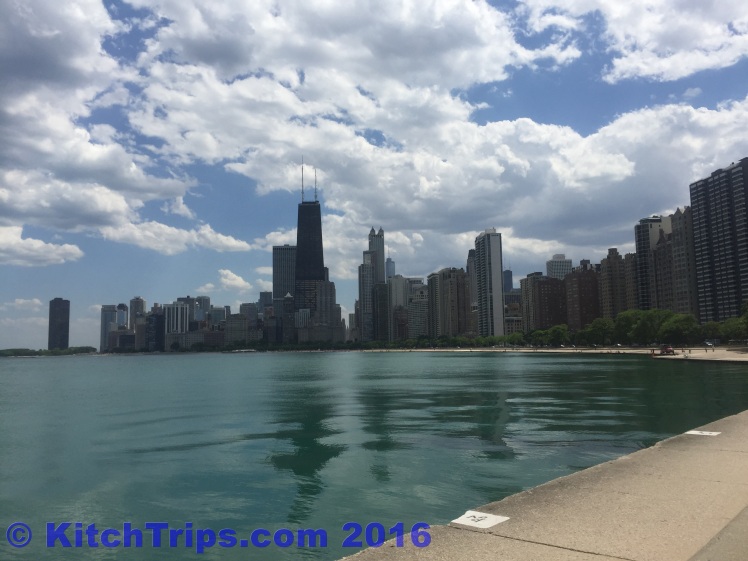 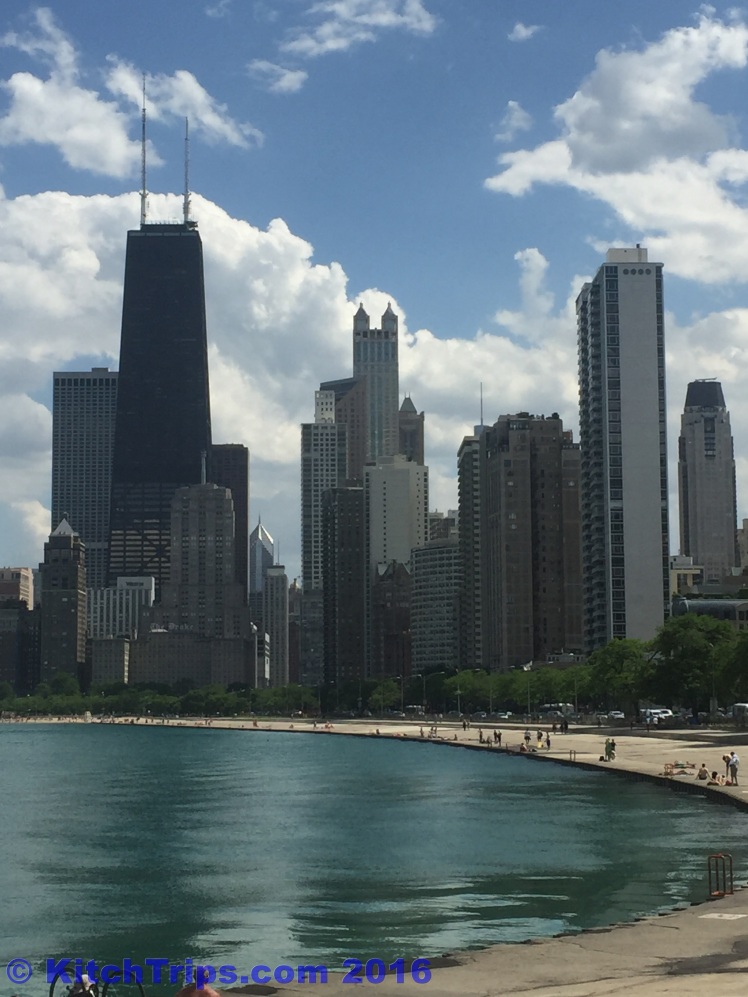 Back to Wheaton on the train in the afternoon and out to dinner with Brian and Debbie at Wok ‘N Fire, which is an Asian restaurant where you can get pretty much anything from Sushi to noodle and rice dishes. Not surprisingly on a Monday night, the place was otherwise empty, so the service was top notch. Great to chat about so many varied topics and laugh a lot with Brian and Debbie. 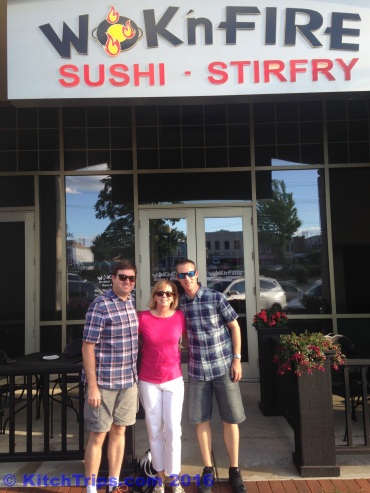 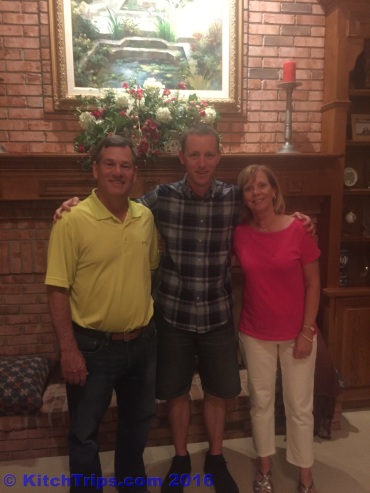 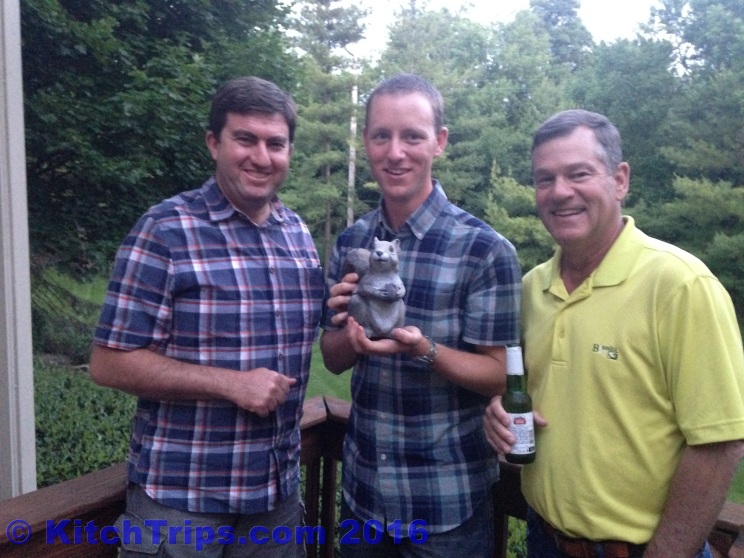 Hard to believe that this is our third-last day in Chicago, but the next two days to close it out are gonna be fun!